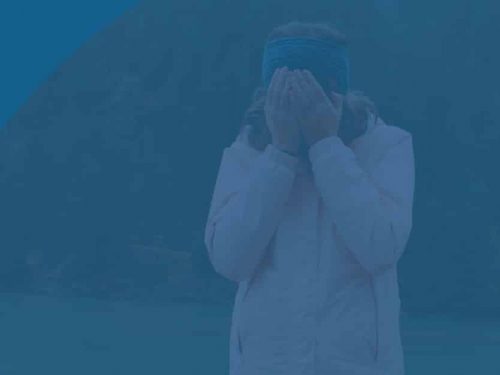 Our Response to COVID-19

How many people in the United States drink alcohol? A lot. The 2015 National Survey on Drug Use and Health (NSDUH) reported that 86.4 percent of U.S. residents eighteen years old and older said they had consumed alcohol at some point in the course of their lives. In the same survey, 70.1 percent of Americans reported drinking in the past year.

Alcohol abuse is a type of substance misuse. According to the U.S. surgeon general, “substance misuse is the use of alcohol or drugs in a manner, situation, amount, or frequency that could cause harm to the user or to those around them.”

When people abuse alcohol, they often begin by engaging in casual drinking or social drinking. Or, people may have a few drinks to relieve stress. People who misuse alcohol struggle with alcohol abuse. If this abuse continues, they could become physically dependent on alcohol and suffer from alcoholism or alcohol use disorder (AUD). Alcohol abuse, alcoholism, and AUD may create social and health problems that negatively impact a person’s life. Different alcohol abuse symptoms may help identify if a person needs treatment. Some of the warning signs may be difficult to recognize.

For example, people might isolate themselves or drink in private to try to conceal their alcohol abuse. This may present challenges to their family members because they will not know when help is needed or when they need to hold an intervention. It might also be easy to overlook mild alcohol abuse, but this again may be harmful to the individual over time. Some harmful symptoms of alcohol misuse include

Even if people are experiencing mild alcohol symptoms, they should take them seriously. Seeking treatment during the early stages of alcohol abuse offers a better chance for recovering and enjoying happy, healthy lives.

Now is the time to seek help. Call us today.

Recognizing the Symptoms of Alcoholism

While it is sometimes possible to detect alcohol abuse or alcoholism just by observation, people might also use screening tools to determine alcohol abuse or alcoholism. One useful alcohol screening tool is the CAGE questionnaire, a series of questions that asks people about their drinking habits and behaviors. If people answer yes to two or more questions in the CAGE questionnaire, they might be abusing alcohol and need treatment. The CAGE screening questions include:

The four questions are intended for self-screening and may help people determine if they should seek treatment. Doctors might also use the Diagnostic and Statistical Manual of Mental Disorders (DSM-5) to find information and diagnose problems.

Abusing alcohol may contribute to many problems that affect your personal and professional life. The effects may range from minor problems such as bad hangovers to serious issues such as alcohol-induced accidents. Social problems also include saying or doing regrettable things while drunk. Alcohol misuse in the U.S. causes 88,000 deaths every year. It also causes one in ten deaths among working adults in the nation.

You might think that overindulging in alcohol on weekends or on special occasions does not cause harm to your body. But, such alcohol use could be as bad as frequent or binge drinking. Drinking alcohol may create a number of short-term side effects, including:

If you indulge in long-term alcohol consumption, the repercussions may be serious. Using too much alcohol for a long time may damage the brain and other organs. It may also lead to other problems, such as:

Many people abusing alcohol do not receive treatment because they deny that they have a problem. Some people shift their blame to certain situations or other people. It is important to accept and acknowledge that you have a problem with alcohol. You should not be defensive if people criticize you for drinking excessively. When you begin to realize that alcohol is taking a toll on your health and life, you may start seeking help to build a sober life.

If you are having problems related to alcohol abuse or you are suffering from alcoholism or alcohol use disorder (AUD), it might feel devastating. It might feel as if you have no place in this world. But you do not have to remain silent and suffer alone. You may seek various treatment options to address your alcohol abuse, alcoholism, or AUD. These options may help you start living a healthy, meaningful life.

A study published in JAMA Psychiatry reported that alcohol use, high-risk drinking, and alcohol use disorder all increased in U.S. adults from 2001-2002 to 2012-2013. The study also reported that about one in eight adults in America met the diagnostic criteria for alcoholism during that time.

Treatment for alcoholism should occur under the supervision of experienced medical teams at rehab facilities. Many alcohol treatment centers employ professionals who guide patients with alcohol use disorder and provide guidance about recovery. People participate in different treatment approaches, including detox, group and individual counseling, and assistance after rehab.

Overcoming alcoholism is not a one-time affair. It is a process that takes time, often a lifetime. With the right mindset, commitment, support, and treatment tools, people may fight alcohol abuse.

That is not to say that there are not challenges. Some people experience relapses from their sobriety, but effective treatment may address such challenges.

Fewer than fifty percent of alcohol abuse patients revert to their drinking habits after remaining sober for a year. Fewer than fifteen percent of individuals relapse after remaining sober for five years. Participating in local support groups and counseling may help reduce the frequency and severity of relapses. Make the first step in recovery by looking for an alcohol rehab facility near you.

Sunshine Behavioral Health strives to help people who are facing substance abuse, addiction, mental health disorders, or a combination of these conditions. It does this by providing compassionate care and evidence-based content that addresses health, treatment, and recovery.

Licensed medical professionals review material we publish on our site. The material is not a substitute for qualified medical diagnoses, treatment, or advice. It should not be used to replace the suggestions of your personal physician or other health care professionals.

Talk with one of our Treatment Specialists!

Do not allow COVID-19 to stop you from seeking the care you need. We are here to answer your questions and alleviate any concerns. Call us today.

Learn About Our Center

About Us Our Staff Program Schedule

Look what Mountain Springs Recovery has to Offer You

Have Questions about treatment?